under the action of thermal stress of carbon steel Pressed ventilation elbow products, the surface of the workpiece is finally compressed and the core is pulled.

During the heating and cooling process, the temperature difference is formed due to the inconsistency of the cooling speed and time between the surface layer and the core, which will lead to uneven volume expansion and contraction, resulting in stress, that is, thermal stress. Under the action of thermal stress, since the initial temperature of the surface layer is lower than that of the core, the contraction is also greater than that of the core, and the core is stretched. pulled. That is, under the action of thermal stress of carbon steel Pressed ventilation elbow products, the surface of the workpiece is finally compressed and the core is pulled. This phenomenon is affected by factors such as cooling rate, material composition and heat treatment process. When the cooling rate is faster, the carbon content and alloy composition are higher, and the uneven plastic deformation of carbon steel under the action of thermal stress during the cooling process will be larger, and the residual stress will be larger. 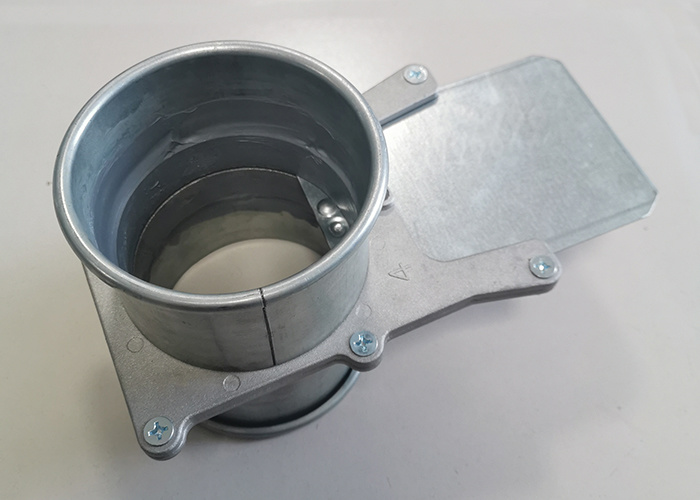 On the other hand, due to the change of the structure of the carbon steel during the heat treatment process, that is, the transformation of austenite to martensite, the increase of the specific volume will be accompanied by the expansion of the volume of the workpiece, and the various parts of the workpiece will undergo phase transformation, resulting in volume Tissue stress due to inconsistent growth. The final result of the change of tissue stress is tensile stress on the surface and compressive stress on the core, which is just the opposite of thermal stress. The size of the structural stress is related to the cooling rate, shape, chemical composition of the material and other factors of the workpiece in the martensitic transformation zone.